A few months ago, during the Made in Denmark tournament, the European Tour organized the first Esport Golf tournament with its partners Dreamhack and WGT, the platform known worldwide for offering players ultra-realistic golf courses. Even if the benefits have been below average, and this tournament was a test, the European Tour has just announced the first Esport series in golf: the European eTour. Here is an overview of this innovative series … apparently open to everyone.

6 events that will take place during the European Tour tournaments

Beginning in January during the Abu Dhabi HSBC Championship presented by the EGA, the tournament series will include 6 events and will be played on WGT (World Golf Tour).
Players will have to qualify online to claim to be one of the 9 players who will play the same course on site as the pros but on PC. Limited to 9 holes matchplay knockout in 2 robin-rounds. In other words, each participant will face each other players once and those who score the most points will qualify for the semi-final. The latter as well as the final will be played in single knockout.

This is not much compared to the pillars of online gaming like Fortnite or League of Legends, but the volume of players is significantly less!
On the first event in Abu Dhabi, an envelope of $ 10,000 will be shared between the 8 finalists who will automatically qualify for the grand final. Thus $ 50,000 will be distributed over the last round of the season.

Equal opportunity for all players

Each player playing the qualifying tournaments and the final stages live will have access to the same equipment.

I have been playing in dotted lines since 2011 on the WGT platform. One of the major flaws of the game is that it is a pay-to-win. As I explained in my last article on Esport last May, the fact that you can buy equipment that improves your player’s performance is a principle contrary to Esport. If games such as Fortnite or League of Legends are so successful, it is first of all that they are free and that the only purchases that can be made are cosmetic purchases which do not improve performance. On WGT it is quite the opposite. You start with poor basic material. On the other hand if you get your hands on the wallet, you can acquire premium clubs or balls and well-known brands like Callaway and TaylorMade. These purchases will increase distances easily and “slamming” a drive of 300 yards will be possible.

To overcome this major handicap, WGT put everyone on an equal footing. Each player playing the qualifying tournaments and the final stages live will have access to the same equipment. Namely, a series of TaylorMade clubs and Callaway ERC balls.

This is a big step forward for the platform, making it possible to enter the Esport business center.

Road to the European eTour

Having the same clubs and balls, I do not see why I will not participate in the challenge and even if it is necessary to play 52 on the course of Wolf Creek to hope to be part of the qualified.

For this purpose, I created the Twitch Bogeymag channel on which I will post my attempts.

Do you want to embark on the adventure? Add me on WGT!

Writing about golf? Why not? After having spent nearly 20 years in the game, I am granting myself the right to write about golf. Don't agree? Contact me.
@notoriousbykoff
Previous 8 steps to travel by plane with your golf bag
Next Sneakers how to convert them in golf shoes? 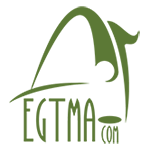 This website uses to give you the best experience. Agree by clicking the 'Accept' button.