Despite hurdles Major Ace has delivered their first gloves but that’s it.

But after months of intense promotion and advertising, the project, from the outside, seems to run out of steam and the backers start feeling fooled. Will they have either a refund or the glove? So what happened between May and September 2019. How did a project that raised €182,020 on 2 platforms (Kickstarter and Indiegogo) looked like another scam? I wanted to know more.

At the beginning of the year (2019), golfers see appearing on their social media feed Major Ace which is in a way the Vice of golf gloves. Their goal is to offer a premium leather glove for half the price of a Titleist Players, the market benchmark. In addition to a very competitive price, the future brand plays on colors and accessories. The gloves are available in several colors (white, blue, black, orange etc.) and you can get a box to store your gloves so they do not end up scrunched at the bottom of your bag.

All the ingredients of a crowdfunding campaign are used for Major Ace. On Facebook, a survey promising to participate in a draw for a free glove, and a chatbot (cat robot) keep the attention and fill the moments of calm, for the simple purpose of pushing you to participate. Launch in April 2019, the success is higher that expected. In less than 36 hours, the project is funded. 1953 Kickstarter backers contributed €89,436 and 2008 backers on Indiegogo dropped off €92,584 .

The two founders, Quincy James and Luuk Harleman have everything to be satisfied. But behind the ropes and the quick financing of the project, everything between the two is going wrong.

Unhealthy tension between the two founders

Luuk, the marketing manager, and Quincy James are used to working together. These 2 Dutch entrepreneurs have launched several golf projects together, but none has really worked out. From September 2018, the two partners decided to create Major Ace golf. Everything is set up for the crowdfunding campaign but the tension is palpable and it’s Luuk who talks about it openly.

Reached by email, he confirmed that he worked regularly with Quincy on golf projects that never really succeeded, generating “a large personal debt” for Quincy. Regarding Major Ace, he left the project “just before the Kickstarter” started. The threat of losing a lot of money seems to have tarnished the relationship between them. “[Quincy] started to be hostile […], he did not open up to anything and there was no transparency regarding the situation. He blocked all my attempts to start a healthy discussion”. Major Ace’s radio silence about the shipments and the planned warehouse visit before the summer begins to be justified.

I decide to join Quincy to get his version of the facts. At first he remains vague on the subject. He does not clearly explain the lack of communication during the summer. However, he provides me with the KickStarter 28 update dated October 10, 2019 and assures me that the gloves are being delivered. Contacted after the first deliveries, he gave me his version of the facts without restraint.

In this long update, Quincy explains in broad outline what slowed down the project. He explains that Luuk his “co-founder left the ship in the second week after the start of the Kickstarter campaign” and that he was forced to “let go of the freelancers and other temporary workers”. He adds that “I’m sure he neglected to say that he didn’t come for the Kickstarter video shoot or that he made a huge mess out of the Facebook campaigns which cost me a lot of money or that he only worked a day and a half a week when I worked 60-70 hours a week on average. Or that he didn’t invest a penny in Major Ace while I had put more than 60,000 Euros of my own money”. He insists on the lack of presence of Luuk and also that the latter tried to sue him for 500,000 euros.

Finally, a mysterious acquaintance decided to join him as a co-founder at the end of September.

To all this is added the production problems. The gloves being made in Hong-Kong, the student demonstrations as well as the quasi blocking of the city did not help. Nevertheless there will be 2 delivery phases and therefore a delay of 2 months compared to the initial deadline. The gloves were to be delivered by the end of August 2019.

According to Quincy, the backers will receive a wood cover as a gift for the delay.

Despite the obstacles, the first deliveries are taking place at the beginning of November. Looking at the recent comments, some backers have already received the gloves and accessories. Some complain about the quality and sizes that do not fit their hand or the fact that the delivery service is asking for additional costs (related to importation taxes), others are delighted.

If you are a backer and have received your glove, please leave us a comment.

Again, the brand is silent after the first deliveries

Since November, and the first few deliveries, the brand seems to fall into total silence. Due to the lack of communication, comments on the Kickstarter page are getting more and more insulting, and backers exchange information on Quincy and its old projects.
Backers are desperate to have an update but Major Ace have not published an update since the 7th of November 2019.

Some lessons to be learned

For each investment, there is a risk, but by conducting an investigation, a few things can be taken into account before getting into trouble or worst being disappointed.

The story is not over yet. Some of the backers got their gloves. For the others hope is their only left option. For the moment no one knows what is Major Ace status. 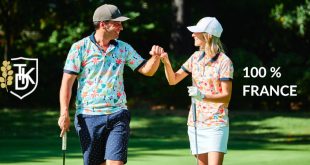 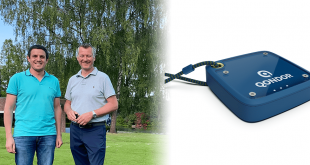 Pay per hole played: an all-in-one box by Qondor