What is Urban Golf? A Short Guide off course.

Urban golf is defined by a simple concept: playing golf everywhere preferably on the street and especially not on a golf course.

The Origin: The Natural Born Golfers

Initiated in 1992 by Torsten Schilling, Urban golf will first materialize via the Natural Born Golfers. At the time, no social networks to spread and communicate the practice. It was by accident that in the early 2000s, he discovered a report in Tracks sur Arte. Oddly completely disruptive at the time, the Berliners only brought golf back to where it started; in the street. Without being a game played on private land and over a length of 18 holes, the game called colf (derived from an old Dutch word meaning club) was born in the street. A fair return of things.

At first, this group was a little “wild” then quickly organized. Brands that got wind of this practice and saw an opportunity to organize corporate events around this discipline.
Then after a few years, the message went finally through. The Natural Born Golfers were no longer alone!
Slightly losing momentum or lack of interest the founder launched this year a vodka and a bar in the name of the franchise.
In more than 20 years, the practice of Urban or Street golf has crossed the borders of Berlin and different clubs have emerged, First in the big cities then diluted through passionate golfers who wanted to promote this practice unusual.

Urban golf is everywhere in Europe

Across Europe, you will be able to find a club to help you to get started.
Mostly located in North part of Europe, the most active countries are Switzerland, Germany Belgium, Luxembourg and the Netherlands. But it’s France who’s the first to structure the sport by creating a federation.

In France, we can consider that the 19th hole is a pioneer. These Parisians have glamorized everything a little and participated in the emancipation of the discipline. Their strength has been to offer member outings and public outings. During public outings everyone was invited to discover this sport. Having participated once in a public outing on the disabled, I can tell you that the experience is very stimulating and brings us to review the whole golf concept. Considering the grass as an out of bounds area and a bench like a green is a real challenge.
Recently, street golf has exploded in France. Many clubs have emerged. A series of competitions called the French City Pro Tour has even been created. Now, the clubs have organized themselves into a federation: the French federation of street golf . This federation aims to unify the rules in France, but also to participate in the organization of the French championships, as well as in the European and world championships.

The main clubs in France

If you want to try the experience, do not hesitate to get in touch with the clubs via social networks. They will be delighted to accompany you for a discovery.

Here is the list of clubs affiliated to the federation.

With the right equipment, this fun practice of golf outside the greens allows its popularization while keeping the social side and sharing the game.
So grab a wedge and a semi-rigid ball and find the bitumen for a Street Golf session.

Writing about golf? Why not? After having spent nearly 20 years in the game, I am granting myself the right to write about golf. Don't agree? Contact me.
@notoriousbykoff
Next Which club and which ball to choose for street and urban golf? 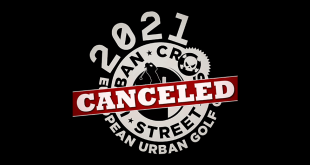 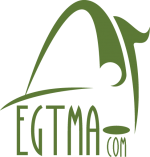